Someone told me one day, to be good scientist you need to ask the right questions. One of the most important question we human being have asked throughout generations of philosophers and scientist is: What is life? Who is LUCA (Last Universal Common Ancestor)? How did LUCA first appeared on earth? WHY is LIFE as we know it? Unfortunately, we are yet to agree first on the What and may Why could remain eternal question…

The chemical explanation was recently given by Prof. Addy Pross in his book “What is life?” is very well acceptable in terms of the thermodynamic of chemical systems. The survival of the species is driven by the replication of its chemical identity: DNA or RNA. Unfortunately the case of viruses was not much discussed in the book and after all, viruses also replicate and evolve.

The aim of this post is not to find a definition of life, but to discuss whether or not we are asking ourselves the right questions? I like to use analogy with things that surround us in our everyday life. Object around us have been invented or used by humanity for some purpose. Some were discovered by accident and it took the human brain to find how to best use these findings. Our ancestors discovered fire and without any knowledge of the chemistry behind the system, were able to harness it and use it for heating then cooking purposes. Though the nature of fire has not changed for millions of years. Of course this discovery has made us who we are today. Did our ancestor asked the question why is fire hot? Why is it comfortable to seat by in a cold winter night but burn if we come too close. What question did they ask before attempting to cook something? Was the study peer-reviewed before publication? OK, I probably should put my grump factor aside and now let us consider another example we can all rely on: transport.

Let us put ourselves in the shoes of an extra-terrestrial form of intelligent life and we just discovered planet earth using some kind of telescope or microscope. We zoom on a small city like Paris and observe what is happening in a very short time span: 5.00 am to 5.00 am for example, which correspond to a full revolution of their planet. What do we see? At the start of the experiment, we see thousands of independent organic entities (humans) entering boxes (Cars). We see boxes with up to 5 organics, other with more than 50, but I am sure they can accommodate more. The boxes move for one point to another but we cannot predict their direction and when they will stop. They seem to follow a complicated network (road), they dot not touch each another and they don’t seem exchange information while moving. From time to time, a box stops and the organics exit. The number of moving boxes peaks between from 8.00 to 10.00 am and from 4.30 to 6.30 pm. May be the boxes are generated by solar exposition? What mechanism drive the box from one point to another and how they not collide? Several teams of scientist have done experiments on the boxes and came up to the following conclusions:

1. An organic material is essential to the movement of the box, but not any organic, the “human” is. We discovered other forms of organic (horses, dogs, cats, etc) on the planet and they don’t do anything if placed by themselves in the boxes. The size of the “human” matters, it has to fit in the box and if too small, the box do not move.

2. The boxes use a language of still and flashing lights: red, yellow,green, white and orange. The code is rather simple but we do not understand why they sometime irreversibly collide.

3. Sunlight is not required to power the boxes. Our experiments have shown that the “human” fill a compartment of the box which provides the energy via a primitive combustion process.

4. To multiply, the boxes uses several “human” are used on an assembly chain and they can recycle part of their material like the envelope or their communication devices (the lights).

5. We have not identify the device they use to stick to the surface of the planet.

Some answers may seem trivial but it took someone intelligence and willingness to test several hypothesis before coming to these conclusions (either valid or not).

But now, let us try something more ambitious: how did these boxes emerged in the history of this planet and how they evolved? What is their last common ancestor? I hope you see my point. Are we asking the right question here? We could study the history of these boxes but where do we start? How many sample do we require? Do we use a Formula one or Renault Espace? Can we find their LUCA by tracing their phylogenic tree? Sequence and structure alignments? Mutagenesis?

Now back to ourselves human being, we know who created the first automobile, how and why he did it. But let us not limit the subject to cars and consider Transports in general. Did the human race invent means of transportation to facilitate their migration or is it a consequence of their sedentarisation? We started by walking, running and swimming to avoid predator, then domesticated animals such as horses and donkeys, today we use cars, buses, trains, boats, planes, etc. The reason we use them is to move goods or ourselves from A to B using networks and systems to reduce the probability of collision.

How can we explain someone that the cars evolved from the horse? Yes I know this is a long stretch. 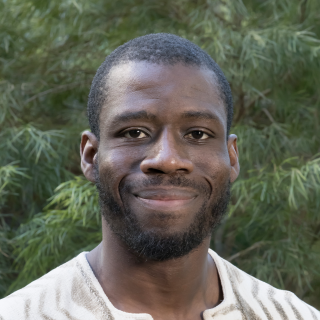 Daouda Traore is a Biochemist, Structural Biologist. Dr Traore's research focuses on understanding the molecular basis for horizontal gene transfer: a process used by micro-organism to share part of their genetic material. This mechanism is one of the major contributor in the emergence of multi-drug resistant bacteria. His pseudo LeBounty (from the chocolate bar: Black outside/white inside) is often given to african expatriates. Although Daouda believes he only sees things from a different perspective. The aim of this blog is to practice and improve his writing skills by sharing his thoughts on the science and other things.